There was a graphic that went completely viral in both the autism parent and theater communities of Facebook a while ago, which makes occasional reappearances.  It’s a performance report note from the stage manager of a popular children’s show.  In one matinee performance, there had been some chattering from the audience at one point.  Afterward, the stage manager had learned from one of the teachers what the source of the commotion had been:  an autistic little boy, who had, as far as anyone knew, never spoken before, had suddenly started talking to the teacher sitting next to him all about what he was seeing.  No one had even thought that he knew his teacher’s name.

I was indignantly lectured by one mother about how autism is a neurobiological condition that can’t be cured by the magic of theater.

But being able to do something suddenly for the first time, or under specific circumstances, or gain in speech abilities, isn’t recovery from autism; it’s a really common experience, if not usually that dramatic. Autistic people can possess extreme sensitivity to environmental detail, patterning, and circumstance, and it can affect our abilities in any given moment.  Hadn’t they ever had something similar happen?  Was this really not a thing that non-autistic people experienced?

They didn’t know what I was talking about.

We do gain skills without necessarily being drilled or pushed, just in ways that might not be apparent to observers.  Just because progress or learning aren’t being displayed to others does not mean they aren’t happening.  An ability probably wasn’t learned or gained at the moment it was first displayed, but has been “under construction,” internally, for a long time.  Things that are intuitive and easy to typical people can require long periods of interior fermentation and distillation in order to develop, and then for us to feel safe or comfortable enough to use them.

And then seemingly suddenly, when the time or circumstances are right, there they are, like a night-blooming flower.

That uncertainty about whether they will ever show themselves doesn’t make it a miracle when they do; it means it took the time or circumstances it took for that to happen.

I’ve also said before that I feel that very few of my autistic traits are, themselves, positive or negative.  They’re all double-edged swords.  Disabling or painful in one context, necessary or pleasurable in a different context.

Amanda Baggs has characterized autism not as a specific set of permanent deficits, but as a particular way that the brain allocates cognitive resources.

That an autistic person might suddenly display an ability they’d never outwardly demonstrated before, or be able to do something under extremely specific circumstances or specific kinds of stress that they can’t do under typical, everyday circumstances, is neither magic nor miraculous.  It’s a common aspect of being autistic, and it’s one of my favorite parts.  It’s part of how being autistic works that distinct skills can develop at atypical times, and seemingly in isolation from other aspects of development, or are usable in extremely specific contexts when they aren’t normally.
Part of presuming competence is maintaining awareness that just because a skill has never manifested itself yet, does not mean that it never will.  And that just because someone might, in fact, never gain some particular skill, does not mean that they won’t gain others.

Once, in the first summer I lived in my apartment, I planted some pots of morning glories out on my fire escape, where they could trail up the railings.  I saw their long, spiraling buds form, and anticipated their blooming.

Then something strange started happening.  I would get home from work in the afternoons, and the buds that had looked healthy and ready to burst that morning would be withered and dead looking.  I thought that somehow they were dying before they ever bloomed.  I couldn’t figure out what could be happening to them.

On a rare day off, I went to take a book and cup of coffee out to the fire escape to enjoy the mid-morning sun.

All the morning glories were in gorgeous, bright pink bloom.  I realized they must only open their buds at a certain angle or intensity of sunlight.  Once they did, the flowers only lasted for few hours before wilting.  Nothing was wrong with the plants.  That was just what they did.  They weren’t the same as marigolds or tulips.

-Moonflowers bloom only at night.
-Four o’clocks bloom only in shade or late afternoon; you can trick them with an umbrella.
-Nasturtiums flower only in arid conditions; they never will if they get too much water.
-Giant corpse blossoms can bloom only once every several years, or even several decades.  That doesn’t mean they don’t, just because someone could watch one for years and never see it happen.

-The seeds of some native prairie plants can germinate only after exposure to the intense heat of a wildfire.

As a kid, I didn’t pick up bike riding at the same age as everyone else I knew.  It just didn’t work for me the way it apparently did for everyone else, and I couldn’t stay upright without training wheels for much longer than was socially acceptable.  Discouraged and embarrassed, I gave up and threw my bike into a corner of the garage.  Months or years went by, and I didn’t look at it or touch it or attempt to practice.  I couldn’t ride a bike.  That was it.

Then one day when I was 8 or 9, I just felt like I probably could.  I dug my bike out of the garage and on the very first try, started riding in perfect circles around the driveway.

For a long time, I couldn’t summon the coordination necessary to blow my nose.  Then one day I just could.  I was 17.  (I was driving before that.  I could drive before I could blow my nose.)

Gain in abilities, even when sudden and seemingly inexplicable, is not recovery from autism; the fact that we learn very differently from other people is intrinsic to autism, and one of those differences seems to be, very commonly, that immense periods of internal processing, combined with specific circumstances, can be necessary before a skill can be externalized.

There’s nothing wrong with that, nor is there anything particularly miraculous about it. 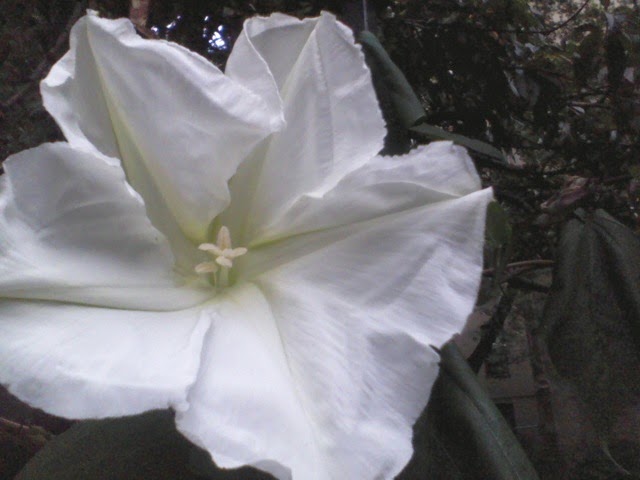 Posted by chavisory at 2:46 PM